This new and long-awaited multi-display controller receives a signal from 4k to 4096x2160p 60 fps o UHD 2160p a 30 fps through input Displayport 1.2 of the HDMI 1.4, respectively. This signal can be distributed to synchronously between 4 monitors per controller, positioned horizontally or vertically and showing anywhere incoming image. In this way, They can be achieved impactful creative efgectos.

FX4 can chain multiple Ethernet via cable, and programming of the signal is done from anywhere on the local network with free software, Wall Designer, which facilitates placing the image in mositores. Once programming can happen to FX4 by network or USB for environments where there is no coverage.[:in]Advancements in digital signage requirements mean that customers demand greater freedom in creating and deploying small, medium and large scale signage projects. The Datapath Fx4 is a multi-faceted stand alone display controller that supports a choice of inputs, high bandwidth loop-through as well as 4 genlocked outputs in either DisplayPort or HDMI.

The Fx4 features a DisplayPort1.2 main input alongside two HDMI1.4 inputs offering either 4k 4096x2160p at 60 fps or UHD 2160p at 30 fps respectively. The intuitive user interface allows users to determine which input is used.

Each output monitor can take its input from any region of the input image as all of the required cropping, scaling, rotation and frame-rate conversion is handled by the Datapath Fx4 hardware. These regions can overlap to allow any output to replicate another or can be configured to support any creative splice of the source material. This allows the support of many non-rectangular screen arrangements with uneven gaps, as well as any mix of monitor orientations.

As an example, high quality downscaling allows the display of a 4k source on a single output, while other outputs can crop and upscale to create an almost unlimited multi-screen canvas. 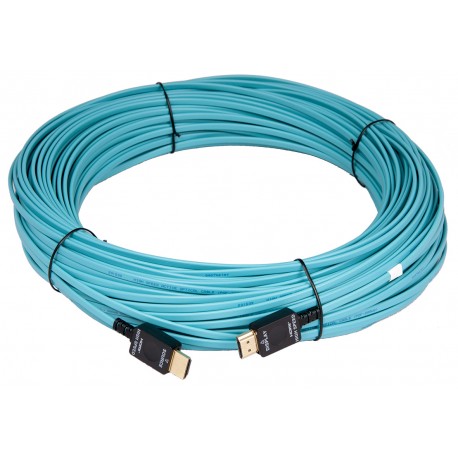 We use own and third party cookies to improve our services and show related advertising to your preferences by analyzing your browsing habits. If you continue to browse, We consider accepting its use.Accept Read More
Privacy & Cookies Policy

Any cookies that may not be particularly necessary for the website to function and is used specifically to collect user personal data via analytics, ads, other embedded contents are termed as non-necessary cookies. It is mandatory to procure user consent prior to running these cookies on your website.